The town of Merredin is situated approximately 260 kilometres east of Perth and is the major commercial and retail centre for the Eastern Wheatbelt. Wildflowers and granite rocks are picturesque natural environmental features of the area.
Details of tours are available at the Park.

The region is known for agriculture; approximately 40% of Western Australia’s wheat production comes from a 100km radius around Merredin.  Sheep farming is also popular in the region, along with production of many grains other than wheat.

Attractions in and around Merredin include the historic Cummins Theatre, Merredin Peak, Merredin Railway Water Tower, museums, art gallery, the longest grain storage facilities in the Southern Hemisphere, as well as the remains of military installations from the town’s role as second line of defence, during World War II. 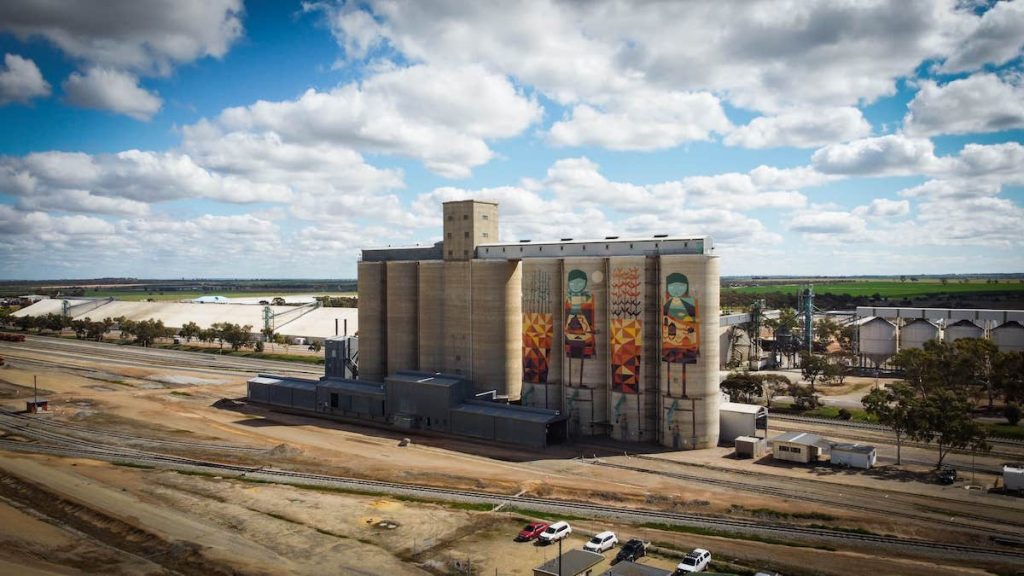 Things to do and things to see in Merredin

The mural joins silo artworks in Northam, Newdegate, Ravensthorpe, Pingrup and Albany, which together form a self-drive trail for tourists and travellers to take through regional Western Australia.

Follow the famous Golden Pipeline from Perth through Merredin, stop off and view an original piece in Merredin Tourist Park.

This heritage-listed theatre on Bates Street has been a proud fixture in Merredin's cultural history since it was relocated from Coolgardie in 1927.
The Theatre owes its existence in Merredin to Mr James Cummins, who was the Mayor of Kalgoorlie and owner of both the Kalgoorlie and Merredin breweries. Mr Cummins purchased the Tivoli Theatre (which had been built in Coolgardie in 1897) and had it dismantled and sent in pieces to Merredin by train. Here, the thirty year old theatre was rebuilt where it stands on Bates Street. Cummins Theatre, renamed in honour of its founder, opened to the public on 10 October 1928.

Upcoming Events in the Wheatbelt region

Looking for something to do while exploring the Wheatbelt region?

This is the heading